Brisbane’s riverfront property market is on fire with more than $321 million worth of luxury properties changing hands since the start of the year.

Jason Adcock’s 2021 Spring Riverfront Report reveals COVID has done little to dampen the enthusiasm of buyers for luxury riverfront homes and units in 2021. 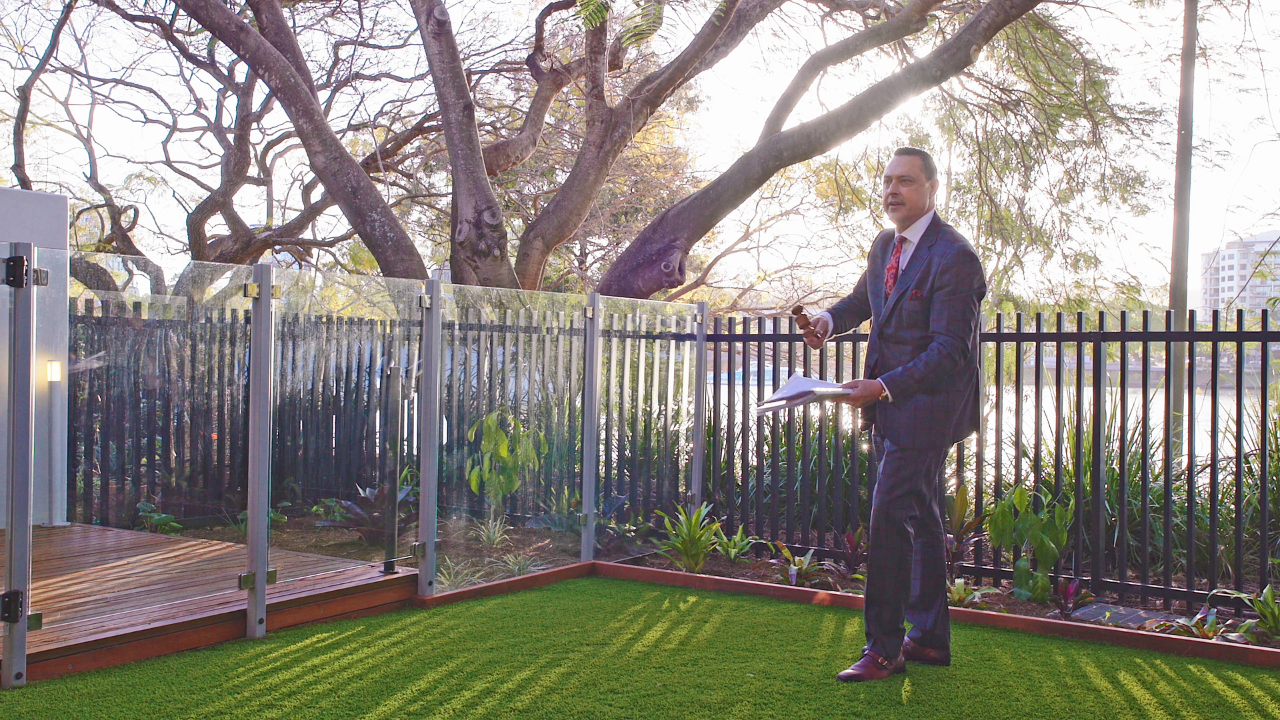 Jason Adcock auctioneering at the auction of a riverfront property

Analysis of CoreLogic data reveals $321,056,745 worth of Brisbane riverfront houses and units priced over $1million have settled since January 2021. 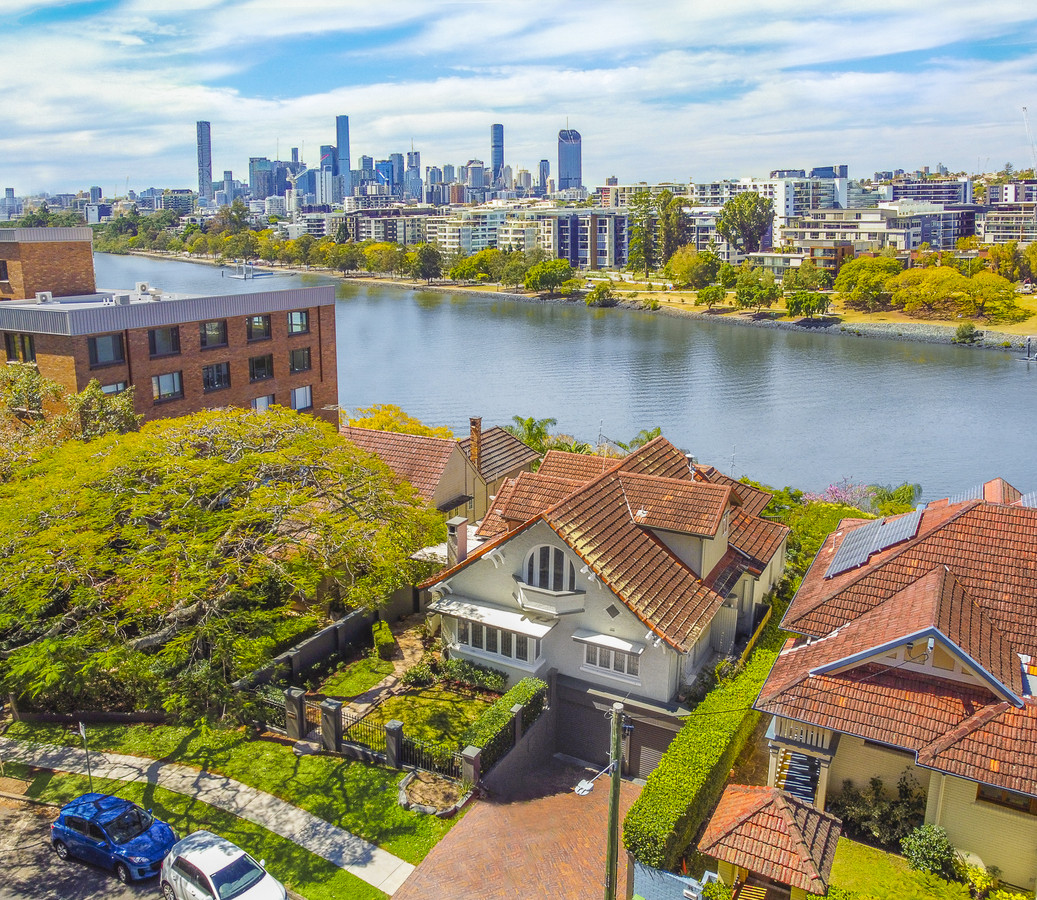 “Riverfront houses in blue-chip suburbs are a rare commodity, those who own them tend to hold onto them. Most of the riverfront large blocks have been developed into high rise buildings, and even those are chalking up significant sales prices.”

Of the 126 $1m plus riverfront properties which have sold since January, 76 of the sales were units including a new development at Byron Street, Bulimba which had 11 settled sales between $1.45m and $2.365m.

The remaining 50 sales were houses, with property records revealing the highest riverfront sale price achieved so far this year was $6.5 Million for a four-bedroom home at Julius Street, New Farm which was sold in March.

The highest unit price achieved so far this year was $5.2m for a unit in Maxwell St, New Farm which sold in April.
“I’m sure once other transactions settle, we’ll see some much higher prices,” Mr Adcock said.
“I sold a riverfront property just a few weeks ago at Glen Rd, Toowong for more $7 million, which will settle later this year.” 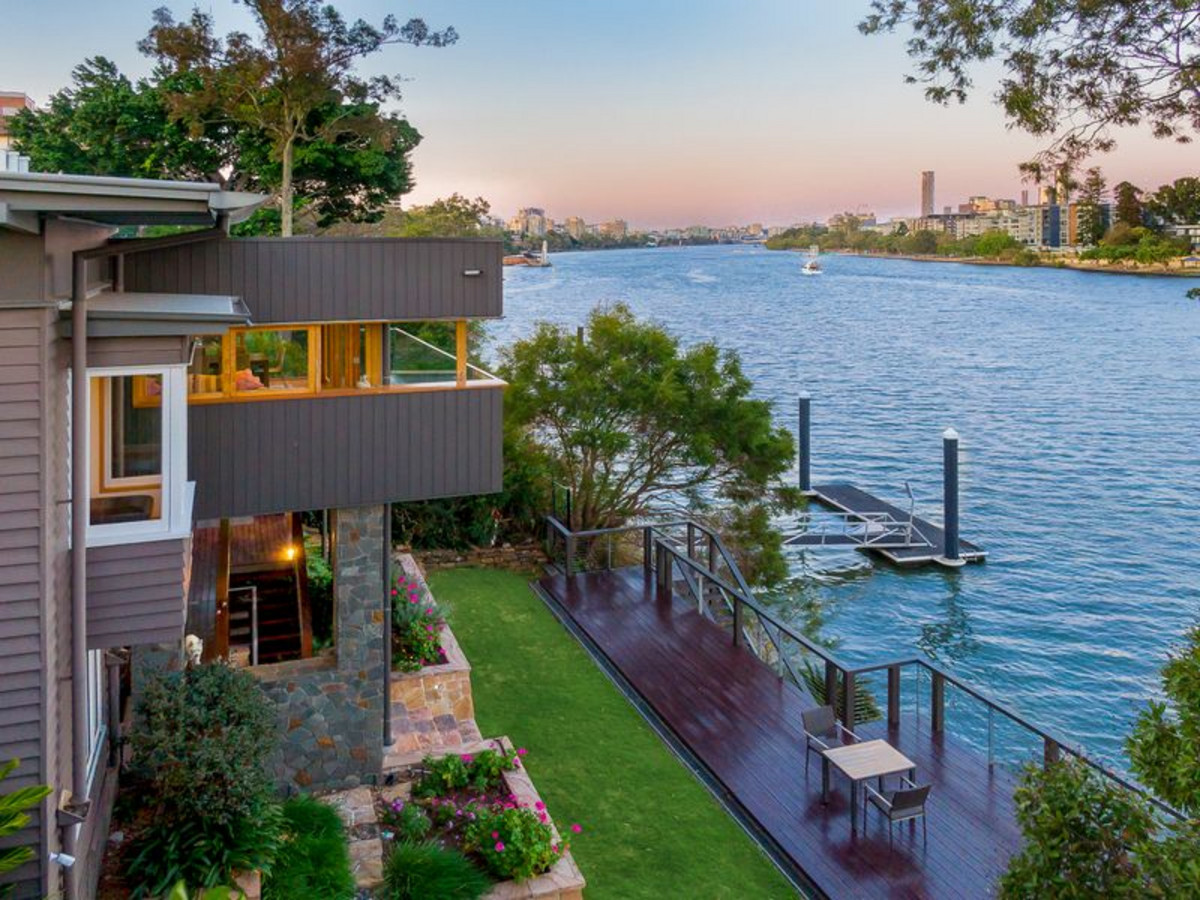 While there is plenty of activity happening at the high end of the riverfront market, Mr Adcock said there were still some suburbs where buying alongside the River was cheaper than others.
“In the western corridor buyers can afford bigger homes and bigger blocks of land, suburbs like Graceville, Sherwood and Chelmer, offer riverfront properties for around half the price you would pay if you were buying the same type of home at Hawthorne or Norman Park.”
For those looking to bag a riverfront bargain, you’ll have to be prepared for a bit of a commute and to leave the Brisbane City Council region to find the affordable end of riverfront properties. 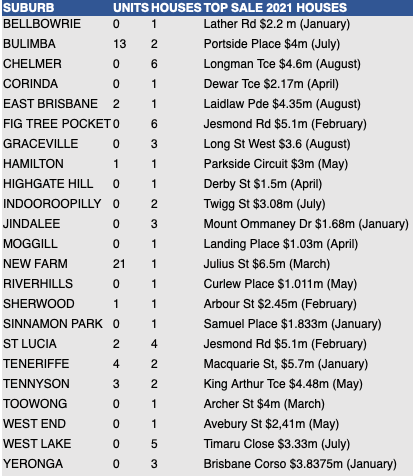 Karalee, about an hour drive from Brisbane has plenty of big riverfront properties without the big price tag.
Sales since the start of the year include a block of land a block of land in Carlock Promenade which sold for just $190,000 while a huge five-bedroom home on a 5000sq m riverfront block in Kallatina Tce, sold for $1.08m.
At nearby Karana Downs a five-bedroom highset brick home at Atkinson Drive sold for $720,000 in May this year, as well as a four-bedroom home with a huge back deck overlooking the river at Atkinson Drive which sold for $783,750 in May.
For those looking for land on which to build properties along the Bremer River had a much lower price tag, according to Mr Adcock.
A 4059sq m block of land at Riverside Ave, Barellan Point sold in January for $300,000 while at Elanora Way Karalee a slightly smaller lock went for just $103,500 in May.
Along the Logan River, a stunning three-bedroom riverfront home at Beenleigh Redland Bay Rd, Carbrook sold for $900,000 in July, while a three-bedroom riverfront home at Dewar Drive, Loganholme also sold in July for $745,000.